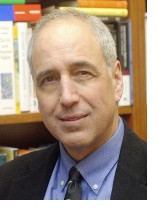 MICHAEL LYNK is Associate Professor at the Faculty of Law, the University of Western Ontario. He joined the Faculty in 1999, and has taught labour, human rights, constitutional and administrative law.

Professor Lynk has also taught labour law at the University of Ottawa and Victoria University of Wellington (New Zealand). He is a graduate of Dalhousie University (LL.B.) and Queens University (LL.M.). Before becoming an academic, he practiced labour law in Ottawa and Toronto for a decade. Professor Lynk is also an active labour arbitrator, and is a vice-chair with the Ontario Grievance Settlement Board, and has served as a vice-chair with the Ontario Public Service Grievance Board. He has written widely on the issues of labour law and human rights in the unionized Canadian workplace, and is a frequent speaker at industrial relations and labour law conferences across the country.

Professor Lynk is the co-author of Trade Union Law in Canada (Canada Law Book), and the co-editor, with John Craig, of Globalization and the Future of Labour Law (Cambridge University Press, 2006). He is a senior co-editor of the Labour Law Casebook (7th and 8th eds.), which is the national casebook used in law schools across the country. Prof. Lynk is also an editor of the Canadian Labour and Employment Law Journal. In recent years, he has been the co-organizer of a very successful annual labour law lecture and conference series at the University, which has attracted leading academic, legal and judicial figures from Canada and abroad as speakers.

In addition to his labour law activities, Professor Lynk has worked with the United Nations in the Middle East, he has published academic legal articles on the area, and he is a regular commentator in the print and broadcast media on political and legal developments in that region.