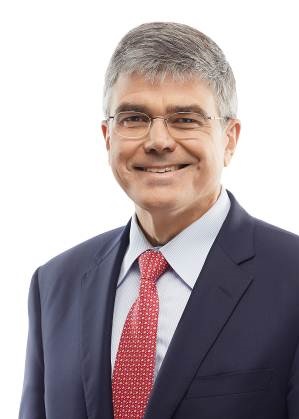 David Porter is a partner at McCarthy Tetrault and the head of the firm’s White Collar Defence and Investigations practice, which is ranked in the Chambers Canada Guide as Band 1. Mr. Porter is given a personal Chambers Band 1 ranking for his white-collar defence and investigations practice and is described in the Chambers ranking as “at the top of the list as an individual” for his work in the white collar defence area and is describe as “a very dedicated, meticulous and organized lawyer”. He is a Fellow of the American College of Trial Lawyers.

Mr. Porter has appeared as counsel on numerous criminal trials in the Superior Court of Justice and appeals in criminal matters in the Ontario Court of Appeal. He has acted for the Criminal Lawyers’ Association (Ontario) in the Supreme Court of Canada. He has also been engaged in both prosecuting and defending professionals before disciplinary tribunals. Mr. Porter has frequently appeared as trial and appellate counsel for self-regulating professional colleges in Ontario.

Since 2006, Mr. Porter has been recognized in Best Lawyers in Canada as a leading practitioner in criminal defence. In 2016, he was recognized by Benchmark Canada as the White Collar/ Enforcement/Constitutional Litigator of the Year and is also recognized by Benchmark Canada as a Litigation Star in their 2017 guide. He appears in the 2017 edition of the Canadian Legal Expert Directory as a leading lawyer in the area of medical negligence. He is also among only four lawyers in Canada listed in the highest tier, “Most Highly Regarded”. in the area of investigations in the 2017 edition of Who’s Who Legal.

Since 2014 he has been recognized in the International Who’s Who of Investigations Lawyers, which has stated that “his abilities in the sector are internationally renowned.” He is also recognized in the most recent edition of Who’s Who Legal: Canada as a leading lawyer in the areas of business crime defence and investigations and in the 2016 Guide to the World’s Leading White Collar Crime Lawyers.

Mr. Porter is a Canadian Bar Association member on the “Steering Committee on Justice Efficiencies and Access to the Justice System”, a national committee of judges, Crown counsel and defence counsel. HE is the Law Society of Upper Canada representative on the Ontario Judicial Council. He is the North American Regional Representative in the Criminal Law Section of the International Bar Association.

From 1996 to 1998, Mr. Porter was a member of the adjunct faculty of the University of Toronto Faculty of Law, where he taught trial advocacy, and he currently teaches the LLM course in Evidence at Osgoode Hall Law School.