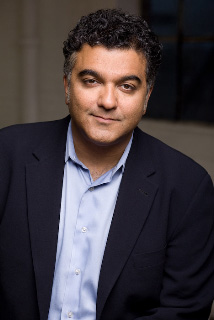 Mr. Kapoor was called to the bar in 1988. He practices criminal law at the trial and appellate levels, as well as regulatory law in the area of professional discipline, both defending and prosecuting. He appears regularly before the Supreme Court of Canada, as well as Courts of Appeal in Ontario, British Columbia, Alberta and Saskatchewan. In 2006, he was appointed Commission Counsel to the Commission of Inquiry into the Investigation of the Bombing of Air India Flight 182 (the Air India Public Inquiry). In 2008, he was appointed by the Minister of Justice (Canada) to the roster of security cleared Special Advocates to conduct National Security litigation. In 2010, Mr. Kapoor was appointed to serve on the Prime Minister’s Advisory Council on National Security. Mr. Kapoor is an Adjunct Professor at Osgoode Hall Law School where he has taught in both the J.D. and L.L.M. programs. He is a regular speaker at continuing legal education seminars throughout Canada, has been a guest lecturer at Oxford University, and has spoken at various conferences in the United Kingdom on security matters. Mr. Kapoor authored Kapoor’s Criminal Appeals Review, a Lexis/Nexis Publication, from 1999 to 2005, and continues to publish extensively. In 2011 Mr. Kapoor was elected to the Board of Directors of the Advocates Society, a professional organization dedicated to promoting excellence in advocacy.

Sign up for an upcoming in-person or online information session, or watch one of our on-demand information videos.